You know Chevrolet has had a rough month promoting the new Colorado when the highlight is a company executive hilariously flubbing a presentation speech for the new truck. While Chevy has done an admirable job making light of the Word Series gaffe, the rest of the news about the truck hasn’t been as laughable.

First, the truck was recalled after barely making it off of the line due to a defective airbag. So the measly 36 Colorados that were already sold had to come back because the airbag connections were incorrectly wired during manufacturing. This makes it likely that the very Colorado that was presented to World Series MVP Madison Bumgarner had to be rewired.

More bad news came when three new Colorados were being driven to a major kickoff event to celebrate General Motors’ reintroduction to the mid-size truck segment at the St. Louis Hollywood Casino earlier this week. Somehow, two of the Colorados got mixed up in an accident before the odometers even tripped 100 miles. Even worse is the fact that the other vehicle involved in the accident was its sister vehicle, a 2015 GMC Canyon – that was headed to the same event. So three out of the four GM products going to the show crashed.

The incident report reads as follows:

The end result was two of the trucks being totalled. No one was injured – which does speak well to the truck’s new safety features. You know, technology and stuff.

Maybe after such dismal news, the bowtie brand needed someone like the Chevy Guy to get people laughing. If nothing else, it got people talking about the truck, which is a win for any marketing campaign. Having seen the truck first-hand, I have to say I’m optimistic (unlike some) about its future, and I’m hoping it can succeed.

Some accidental exposure might be the kick-start the truck really needed. After all, I wouldn’t be writing about a St. Louis Hollywood Casino kickoff event or a boring MVP presentation. 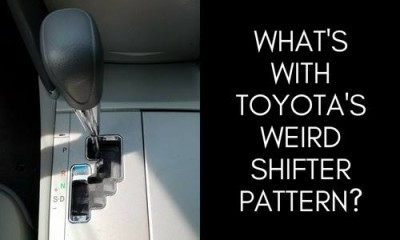 Wes LungwitzDec 5, 2016
Read More
Scroll for more
Tap
Tweets by @CarDebater
Chevy Guy Wins Over America After World Series
Picking Up Girls Is Easy When You Have a Nissan GT-R